The Couchmaster CYBOT, An Ergonomic Laptop Desk For Couch Use
Thursday April 2nd, 2020 at 1:41 PM

This is the Couchmaster CYBOT, an allegedly ergonomic laptop desk for use while on the couch. It costs $120, can comfortably accommodate laptops up to 17-inches, and includes a ventilating grill below your computer, integrated mousepad and wrist pads, a side pocket for storing your charging cables and other peripherals, a universal tablet holder, and pixelated camouflage exterior. Pretty sweet, right? It kind reminds me of one of those breakfast in bed platters, except instead of eating scrambled eggs and toast in bed you're masturbating on the sofa. Keep going for a handful more shots, including a hunk and babe watching Youtube videos together, and Deadpool. 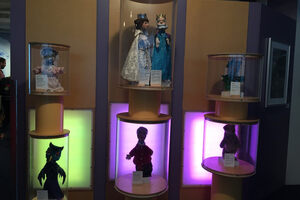 Brstrk
It was until the new hire pushed the keys to their branch.
Next Page of Stories